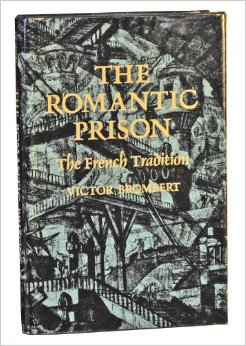 The Committee on Honors and Awards of the American Comparative Literature Association awards the Harry Levin Prize in Comparative Litaruter to Victor Brombert, Henry Putnam University Professor of Romance and Comparative Literature at Princeton University, for The Romantic Prison, a work of distinguished scholarship, impressive historical breadth, and acute critical sensitivity, enlivened by an awareness of the urgency of the theme for our time as well as for the nineteenth century.  The book reflects a deep and wide-ranging concern witht he shapping power of the literary imagination and the interaction of political and literary experience.