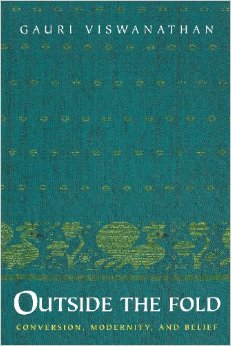 The occasion of a significant literary prize is as much a celebration of the joyous enterprise of book-creation as it is the quest for the perfect book. Indeed, we derive considerable liberation as well as solace from the fact that there are no perfect books. But in the subtle tectonic shifts observable in the field of knowledge even over intervals as brief as a year, it is possible for some projects to emerge as more representative than others, more pivotal to the enterprise of reorienting and correcting the field of knowledge to which each academic publication contributes.

It was a humbling privilege for myself and the two astute and indefatigable colleagues with whom I served, Lydia Liu of UC-Berkeley and Patricia Yaeger of the University of Michigan, to read the more than 60 books submitted by their publishers for consideration. We were treated, through our collaboration, to some of the most beautiful volumes I have yet encountered, works such as Liane Lefevre's book, Leon Battista Alberti's Hypnerotomachia Poliphili, published in 1997 by MIT Press, bespeaking the highest of production values, and enormous care in editing and design. Such books reminded us of the intimate and amazingly productive partnership that academic authors are privileged to share with the editors of the academic press and their colleagues in production and marketing.

Before announcing the winning submission, the Committee would like to share two of the trends unmistakably evident from the superb sample of scholarship we were privileged to encounter: 1) Toward the synaesthesia of different registers of signification. We were not only treated to interstitial work on the interface between the visual and the textual; there were at least two submissions on the relation between literature and music, Daniel Fischlin's In Small Proportions: A Poetics of the English Ayre, 1596-1622 from Wayne State University Press and Herbert Lindenberger's Opera and History from Stanford. Janet Murray's Hamlet on the Holodeck from MIT Press offers a remarkably suggestive and inventive panorama on the status of literature in a world of virtual representation. This powerful strain of works in our sample suggests that comparativity, at the millennium, is as much between different sign-systems and artforms as between national languages and cultures. 2) Continuing studies in a post-colonial vein. This work not only treats the literature and culture of colonies and "protectorates"; it is being extended to a vast range of artifacts and conditions of the national homelands previously considered distinct or in some way quarantined from the imperialist adventure.

Time and the constraints of dinnertime oratory simply do not permit us to name every title that informed, inspired, moved, and impressed us. A small but distinguished grouping of works deserving formal special mention configured itself for us, almost of its own will: In The Surrealist Look: An Erotics of Encounter (MIT Press: Cambridge and London, 1997), Mary Ann Caws of the Graduate Center, The City University of New York illuminatingly deciphers the rebuses of surrealist art by means of a rare intimacy with the twentieth century-its aesthetic contracts, their loopholes, and the century's bizarre historical and cultural wrinkles-and with the benefit of her breathtaking scope in the histories of the visual arts and European literatures. Elizabeth K. Helsinger of the University of Chicago extended the meditation into the nature and subjective and cultural implications of nationality productively occupying so many of us by contributing her Rural Scenes and National Representation: Britain, 1815-1850, (Princeton: Princeton University Press, 1997). The interface she orchestrates between such visual artists as Constable and Turner and writers including Tennyson, Cobbett, Clare, and Emily Brontë is exemplary of the synaesthetic translation linking the textual to the visual, musical, cinematographic, and cybernetic that occupies an increasingly prevalent place in our cutting-edge work. Daniel L. Purdy explored fashion, dress, and 18th-century sumptuary laws in The Tyranny of Elegance: Consumer Cosmopolitanism in the Era of Goethe, from the Johns Hopkins University Press. In so doing, he extrapolated, in historically meticulous fashion, the considerable aesthetic impact of consumer ideology and behavior upon artifacts often deemed impervious to commercial conditions.

Painstaking groundwork and a reserve with regard to sweeping generalizations based on complicated steps of cultural reconstruction surely also characterizes the 1999 winner of the Harry Levin Prize, Outside the Fold: Conversion, Modernity, and Belief by Gauri Viswanathan of Columbia University, a 1998 publication by Princeton University Press. In order to compose this account of the impact of religious conversion both in a 19th-century England forced to confront its own increasing multiculturalism and in its south-Asian colonies, Professor Viswanathan had to place herself in the midst of multiple, profound indeterminacies that would surely daunt all but a select few of us: between skeptical and receptive attitudes toward religious conversion; between the cultural politics of Europe and its spinoffs on the colonial front; between the reciprocal influence of the colonized and colonizers upon each other; between the close reading of key texts by 19th-century novelists, politicians, and theologians and by contemporary cultural critics, and sociohistorical extrapolation.

At every step of her tortuous route, Professor Viswanathan interpolates questions and devises linkages in sustaining one of her pivotal assertions, "conversion ranks among the most destabilizing activities in modern society, altering not only demographic patterns but also the characterization of belief as communally sanctioned assent to religious ideology" (OF, xvi). The interface that Professor Viswanathan constructs between 19th-century England's conflicting attitudes and gestures with regard to its minorities and the effects of conversion as a pivotal intellectual, sociological, and political experience in the homeland and its colonies during the same period and after is ingenious, exquisitely nuanced and complicated, and bespeaks both a literary and historical erudition and a theoretical ethos of which the Committee was in awe. The familiarity with legal, political, and theological documents that Prof. Viswanathan had to gain in order to pursue the intricate steps of her always counterbalanced argument was remarkable, even in a sample of submissions establishing high standards in its scholarship. It was during the Euro-American Enlightenment and its first practical experiments at the time covered by Prof. Viswanathan's book that emancipatory ideology received its definitive Modern articulation.

It is a delicate matter, demanding much intellectual integrity, to broach the underlying racial, theological, and other constructions that compromised this history, whether in the form of proselytizing, forced conversions, or mass migrations, for fear of seeming to take issue with the emancipatory, or in Professor Viswanathan's terms dissenting vision in itself. The theoretical intricacy, argumentative facility, literary and historical erudition, and critical sensibility necessary for such a difficult task are amply evident in every segment of Outside the Fold. The redefinition of basic terms such as belief and modernity resulting from Professor Viswanathan's subject and her treatment of it is profound and far-reaching: something that current and future students of nation, citizenship, and subjectivity in a cultural context will want to take into account. To some degree all writers of serious academic treatises are "outside the fold." Professor Viswanathan, I speak for the Committee, and I'm sure for many of us gathered here tonight, in thanking you for the profundity, strength, creativity, and attentiveness of the contribution you have made to the literatures of criticism and history.